Nobby died at 2 p.m. 13 March 2020. He had been in a home for a few years due to dementia and recently had been admitted to hospital having had a stroke. He was released after a short stay and went back to his care home. The stroke had left him paralysed down his left side and he was now bedridden. On the day he died  the staff got him up and he had a shower but later he was found dead in his bed.

So sad to hear about Nobby.  Our hearts go out to Maureen at this sad time.

Such sad news. My condolences and fondest wishes to Maureen and family at this difficult time.

Very sad news. We were in the same billet when we joined up in 1956. RIP Nobby.

Roy O’Connell, who knew Nobby before they joined the RAF Apprentices together wrote on 15 March 2020:

I first met Nobby at Kingston Tech in 1955 following his move from Sussex (where he was in the same AFC Sqn as Tony Beard). We quickly became friends and sometime in ’56 whilst chatting about what to do on leaving school, Nobby suggested taking the RAF App exam, knowing  we wouldn’t pass, but it was a day off. So much for that scheme – we joined the 84th Entry on the 19 Sep 56.

On leaving the Apps we were posted to the installation sqn at Henlow. After a couple of weeks settling-in we were given an AP and sent to Wattisham to install BABs, a radar we had never heard of. Thankfully after a couple weeks an expert was sent to help.

Fifteen months later we were posted to Newton on a six week introduction course for Bloodhound MK2, followed by a year or so at Ferranti, Manchester working on the launch control part of the system. Then came 4 Years at Northcoates trialling the system and where Nobby and I went our different ways, he into the dark world of missile repair, while I stayed on the launch side (the computer was 6 ft long and 5 ft high).

Following postings we didn’t meet again, apart from a couple of weeks on Cyprus in ’68 along with Stan Folds and Nick Parker until the first informal reunion in Stamford.

We kept in occasional touch by phone but towards the end, because of medical conditions, it was difficult to have a proper conversation.

A good sportsman and a superb photographer and angler, Nobby was the voice of fishing on Radio Norfolk for a while. A good mate with the sense of the ridiculous, a requisite for life in general and RAF in particular, and someone who could really be described as a one-off.  Sad day.

During our last year in the Apps Nobby broke out of camp during the day to take his driving test. Before he started his test the examiner asked if he was confident to drive thro’ the narrow gap left by parked cars or would he prefer the examiner to drive thro’ and start his test once that was done. Nobby of course replied no problem and set off, ripping the side mirrors of the car on the way thro’. He then asked if he had failed and of course was told yes.

He was then caught getting back into camp and was charged. After I rushed to the sqn office I managed to be escort for the charge taken by Sqn Ldr Catley. Sqn Ldr Catley kept his head down during the proceedings but was shaking with laughter and I was in the same boat. Nobby got 14 days.

Another break out to attend a dance Nobby picked up with a girl who suggested he came home with her. On reaching the mobile home where she lived and invited in, Nobby found himself face-to-face with Flt/Sgt ‘Flapper’ Price and immediately did a runner.

When recounting the saga back in the billet “I said you could be in trouble mate”. No chance said Nobby I told her my name was O’Connell. Yet another day in the Apps – such memories. 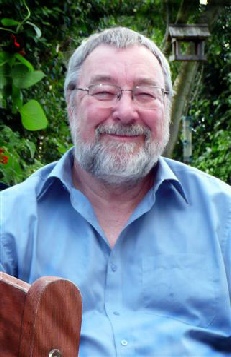 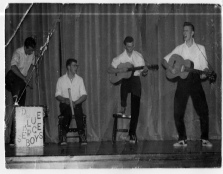 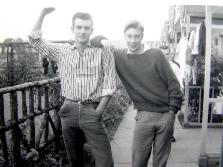 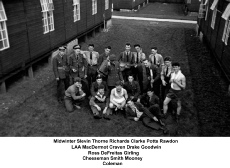 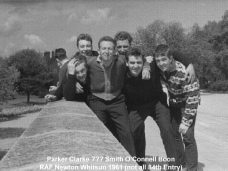 There will be a webcast of Nobby’s funeral service:

Go to www.obitus.com and login using: