Derek Orgill kept this recruiting pamphlet from the days before he joined the 84th Entry. It was probably published in 1954.

This video has been available on YouTube for some years now. It includes a scene in the Library with members of the 84th Entry and a horse riding scene on Weston beach which includes Ron McConkie.

Nobby Clarke and Tony Mooney have clipped these three stills from the video.

I was involved in the filming of the horse riding on Weston beach.

The Wing looked back on the record of those who received 3/6 weekly from PSA to pay for horse riding lessons thus we were all rounded up and taken to the stables by truck one sports afternoon for the filming. It was payback time as of the dozen or so identified only about half had actually attended the lessons. What happened to the various sums of 3/6 is a mystery to this day.

The stable found around a dozen horses for us and off we went to the beach in various forms of disarray. On arrival the director wanted a shot of all 12 horses charging towards the camera, this was a disaster as most horses headed back to the stables with their hapless riders just hanging on or off. I was just one of four survivors who had some clue about riding so we were chosen with the riding instructor to make the charge towards the camera.

I think that I am the one on the extreme right of the picture as the horses head towards the camera. This was my first and last film part.

This video has also been on YouTube for some years. Unlike the 1959 version it doesn’t show any of the 84th entry.

We came across this apprentice recruiting page on the RAF website in 2017. No doubt the content will change over time but it’s interesting to contrast what was on offer when we joined with what a modern apprentice can expect.

The £14700 mentioned is close to £300 per week. That’s about 200 times more than we got when we started back in 1956! Here’s an extract from the letter to parents sent by our Squadron Commander on 27 September 1956 outlining life at Locking. Three of these letters survive and we are grateful to Danny Boon, Adrian Kyte and Wally Galea for letting us include them on their members’ pages under memorabilia:

The names of the trades available have changed a lot but it’s the same jobs really, with a few additions, but updated to fit in with work today. There were twenty-two apprenticeship on offer:

There are other videos about RAF Apprenticeships here. 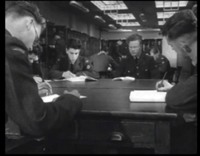 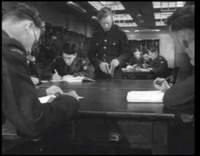