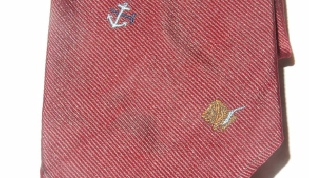 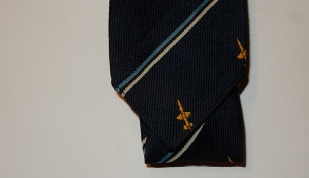 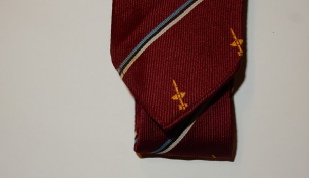 I have three brand-new ties from my days with 17 JSTU at RAF Northcoates in north Lincs.  I worked there from late 1961 to early 1968, as a GRF on the huge radar known as the type 87, code named Blue Anchor. The other, smaller, radar was the Type 86, known as Indigo Corkscrew.

One of the ties shows the symbols for both radars as a cross design.  Also on that tie is the Bloodhound dog. The other two ties show the Bloodhound 2 missile that the radars were to guide heavenwards.

These days, I only wear a tie if I absolutely have to and then it's usually for a special dinner - or a funeral. I attach pics of the ties... are they of any interest to you - or anyone who might be a collector of such things?

Danny donated all three ties to the 84th Entry Archives on 27 Mar 17.